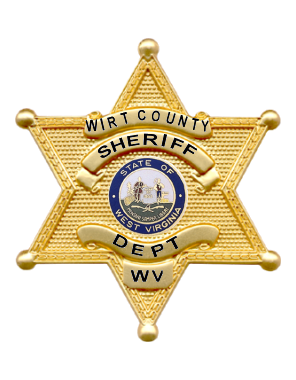 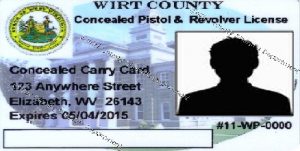 Article 7, Chapter 61 of the West Virginia Code generally governs the possession and carrying of deadly weapons in our state.  Under W.Va. Code § 61-7-4, any resident of West Virginia who meets the non-discretionary statutory qualifications shall be issued a license to carry concealed pistols or revolvers by the sheriff of his or her county of residence.  The license is valid for 5 years and costs $100 for both first-time and renewal applicants.  The license does not authorize the carrying of any concealed weapon other than pistols and revolvers–no knives, brass knuckles, etc.

To be licensed to carry concealed pistols & revolvers in West Virginia, an applicant must meet the following qualifications:

·Not be addicted to or an unlawful user of alcohol, controlled substances, or other drugs

·Not have been convicted of a felony

·Not have been convicted of a misdemeanor crime of domestic violence

·Not under indictment for any felony

·Not have been adjudicated mentally incompetent by any court

·Be physically and mentally competent to carry a concealed handgun; this provision is vague but has not led to known abuses

·Have successfully completed one of several specified forms of training in handling and firing a handgun.

W.Va. Code § 61-7-4(d) requires an applicant for a concealed handgun license to take a course in handling and firing a handgun and specifies 4 types of acceptable training. West Virginia only requires training at some point prior to initial licensure and does not require refresher courses or recertification.  In addition, provided that an applicant retains documentation of having completed one of the specified forms of training and the training fulfills one of the statutory criteria, training taken many years ago is legally sufficient.

The acceptable forms of training for a West Virginia concealed handgun license are:

2.Any handgun safety or training course or class available to the general public offered by an official law-enforcement organization, community college, junior college, college or private or public institution or organization or handgun training school utilizing instructors duly certified by such institution;

3.Any handgun training or safety course or class conducted by a handgun instructor certified as such by the state or by the national rifle association;

4.Any handgun training or safety course or class conducted by any branch of the United States military, reserve or national guard.

Among the many problems with West Virginia’s concealed handgun licensing law WVCDL will be seeking to correct is that with regard to military weapons training, our law requires specific proof of handgun training, unlike several other states that accept an honorable discharge as fulfilling their training requirements.  So please note that even if you are a veteran who served our country, West Virginia requires you to lighten your wallet and spend a day taking a redundant civilian handgun safety class to obtain a West Virginia concealed handgun license.

When applying for a concealed handgun license, an applicant should make a photocopy of his or her proof of training and keep the original.  An applicant should permanently retain the original copy of the original proof of training should he or she move to another state that might accept it in lieu of taking a new course to carry in his or her new state of residence or if a licensee lets his or her license lapse and has to apply for a new license, at which time you must provide proof of training; only when a person renews a current, valid CHL is he or she not required to produce a training certificate.  In addition, until West Virginia improves its reciprocity law, the same training that fulfills West Virginia’s CHL training requirement also fulfills the training requirement to obtain a Florida non-resident license to permit you to legally travel while armed in many other states.

WVCDL’s top legislative priority is reforming our concealed carry reciprocity law to unconditionally recognize every concealed handgun license issued by another state to a person who is at least 21 years old, not a West Virginia resident, and not prohibited by state or federal law from possessing firearms, similar to existing universal recognition laws in Michigan, Indiana, Kentucky, Tennessee, Missouri, Oklahoma, South Dakota, Idaho, Utah, Arizona, and Alaska.

Why Not More Reciprocity?

·First, West Virginia is one of only two states  (Ohio is the other) whose reciprocity law requires another state to enter into a formal, written reciprocity agreement as a condition of that state’s licenses being recognized. Every other state that has a reciprocity law in effect either unilaterally recognizes all other states’ licenses without regard to reciprocity and/or provides one or more alternative legal mechanisms for effecting reciprocity without this formality.

·Second, West Virginia is one of three states (along with Nevada and Virginia) that have, as a condition of recognizing another state’s concealed handgun license, that the other state have a centralized computer database for the purpose of providing instantaneous license verification to law-enforcement officers 24 hours a day, 7 days a week. Every other state that has a reciprocity law in effect takes other states’ licenses at face value. Law-enforcement officers in the field seldom, if ever actually encounter counterfeit concealed handgun licenses.

Can a West Virginia Concealed Handgun License Be Used in Lieu of a Federal Background Check for Firearm Purchases?

No. Under 18 U.S.C. § 922(t)(3)(A), individuals who have handgun purchase permits (not required or issued in West Virginia) or concealed weapon permits are exempt from having to undergo a background check through the National Instant Criminal Background Check System before purchasing or receiving a firearm from a licensed firearm dealer if the issuing state follows specific background check procedures to verify that the person is not prohibited by law from possessing firearms. However, West Virginia does not meet these requirements–which, along with keeping West Virginia off the list of states whose CCW licensees are NICS-exempt, is also part of the reason we do not meet certain states’ reciprocity eligibility requirements.

Places Off Limits While Carrying

Although a CHL authorizes the licensee to carry statewide, other state laws restrict or prohibit the carrying of weapons, openly or concealed, in certain locations.  Having a valid CHL is not a defense or exception to the prohibitions under West Virginia law on carrying in any of the following areas:

·The grounds of any jail, state correctional facility, juvenile facility or juvenile detention center, unless specifically authorized by the authorities in control of the facility (W.Va. Code § 61-5-8(c))

·Anywhere on the State Capitol Complex, including the grounds outside the buildings (W.Va. Code § 61-6-19(b))

·Wherever signs are posted indicating weapon restrictions or where notice has been given by other means. (W.Va. Code § 61-7-14) However, a person is not subject to the misdemeanor penalty provided for a violation of any such restriction unless that person refuses to either leave or temporarily relinquish his or her weapon, upon being confronted about the violation.

·City Hall or any municipal building or public park in the City of Dunbar (Dunbar City Code § 545.13–grandfathered under preemption)

In addition to these locations, federal law prohibits carrying in, among other places:

·Any building or part of a building owned or leased by the federal government where federal employees are regularly present for the purpose of performing their official duties (18 U.S.C. § 930)

·The secure areas of airports

Please note that under the prohibition on carrying on school property, a person with a CHL cannot have a loaded gun in their car even if that person only temporarily drives his or her vehicle onto school grounds with the intent of quickly leaving without exiting the vehicle.  Many states have recognized the inherent problems with similar laws and have, in some states, completely exempted CHL holders from their gun-free school zone laws or, in many other states, created exemptions to allow CHL holders to legally carry and store loaded handguns in their vehicle while driving or parking on school property.

Second, our State Capitol carry ban, enacted in 2002, does not clearly define the territory covered by the weapon prohibition and WVCDL is unaware of any court rulings on questions such as whether this statute extends to prohibiting the possession of a gun in a vehicle parked in one of the many state-owned public parking lots in the vicinity of the State Capitol. Violations of this statute are misdemeanors punishable by up to 6 months in jail; because the penalty for a first offense of illegally carrying a concealed weapon without a license is up to 1 year in jail, this statute only affects CHL holders and a very small number of non-CHL holders who openly carry. Neighboring Virginia allows anyone with a CHL to carry anywhere in their state capitol, even into meetings of the General Assembly or legislative committees.

Notice: All reprints of the concealed carry permits will cost the permit holder a fee of $5. This includes lost, stolen, or address change. As of April 1, 2013, if you need a reprint you will need to have your paper permit with you (this is the permit that is about half of a sheet of paper in size). If you can not locate the paper permit please call in and schedule a time when you can come in and have your card reprinted. This will give us time to pull our copy of the paper permit from our files and have it ready for your appointment.